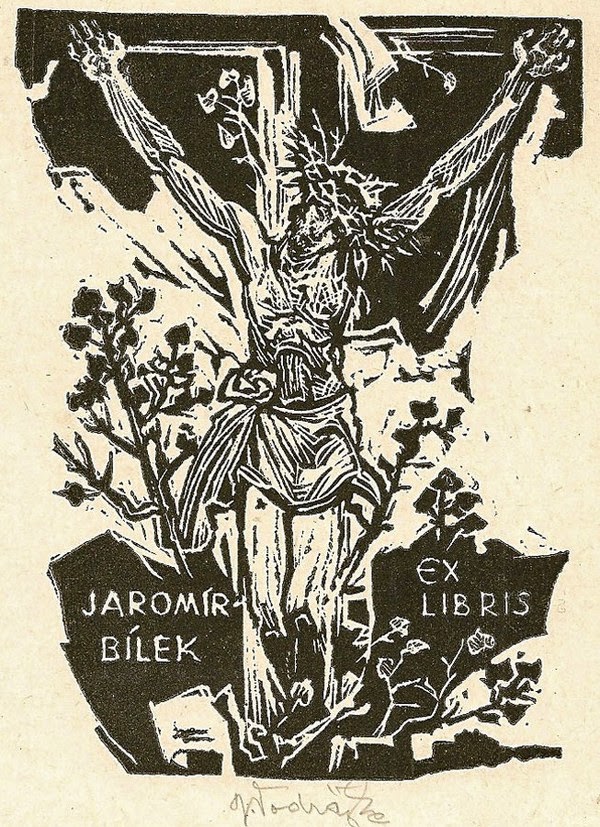 This week we present an artist who lived in, what I consider one of the most beautiful cities in the world, where I spent one month, ten years after the Velvet Revolution. Czech artist JAROSLAV VODRAZKA was born in 1894 during the time of the Austro-Hungarian Empire. He was the son of a miller who married a baker’s daughter. Their family ran a bakery in Prague. Jaroslav showed artistic promise at an early age, drawing on sidewalks and the margins of newspapers. He studied at The School for the Applied Arts, where he learned printmaking. Soon afterward he was drafted into the Austro-Hungarian army in World War I, where he sketched and made watercolors, while serving on the Italian Alpine front. A Czechoslovak state was formed after the war and Jaroslav became a professor of printmaking and graphic arts. In 1923, he went to work with Svaty Martin in Slovakia, where he spent the next 16 years doing book design and typography in the previously suppressed Slovak language, which occurred during Hungarian rule.

Surviving the period of peace between the two World Wars was short-lived, once the Nazis invaded and occupied Hungary and Czechoslovakia. Their endurance of the Soviet forces which separated the eastern block countries from the west placed an enormous hardship upon countless artists and creative individuals.
The early part of the 20th C. saw numerous eastern European artists working under these terrible conditions. They were often called 'internal emigrees', and during the day while at their jobs, they did what they were told. They also fought an artistic 'war' of their own while they struggled to keep creative and produce artwork in virtual seclusion. The penalties for intelligence and enlightened minds was severe and swift. The Nazis were not known for their sympathies for visionary artists or any unrealistic imagery. 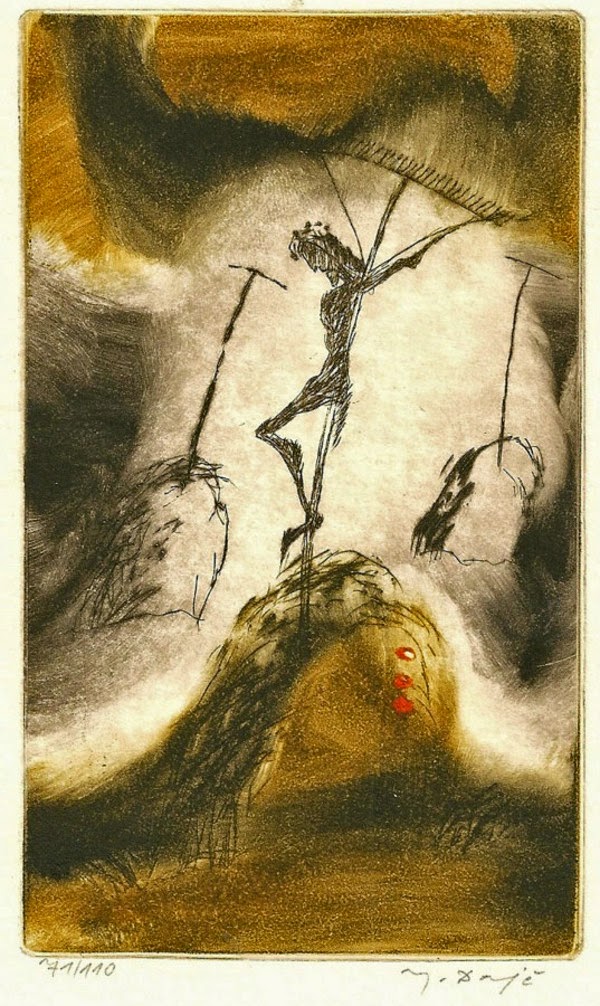 On the eve of World War II, Jaroslav left his position in Slovakia and returned with his family to Prague, even though it was a Nazi-run Protectorate. He settled into a life of teaching, book illustration, and print-making. He produced wood engravings, linocuts, etchings, engravings, and lithographs, and was always interested in exploring new printmaking techniques, using materials such as plastic and plexiglass.

From 1939 he and his wife, Ella, a writer-poet,and their son, Jaroslav, who became a noted  musician in classical organ and professor of music, lived quietly in a place of refuge on the West Bank of the Vltava River in Prague with a view of the spires of St. Vitus Cathedral, an image frequently seen in his etchings.

Unfortunately, Jaroslav did not live long enough to see the collapse of the Soviet Bloc. He died five years before the 1989 Velvet Revolution routed the Communists out of power in his beloved Czechoslovakia. The vitality and creative spirit of his work is still relevant for our world today.  His work has a beauty and depth of emotion, and his respect for religious subjects is evident.

The artist kept a painting of St. Vaclav, the Czech national patron saint, in his own personal library with other examples of inspiration, like a collection of printmakers Rembrandt, Durer and Schongauer. His surviving sketchbooks are full of proposals for never-realized projects of stained glass windows and church sanctuaries. The Cross of his people's struggle is exemplified in His suffering Christ.
Posted by mother hildegard at 10:33 AM