A NEW PATRONESS FOR YOUTH 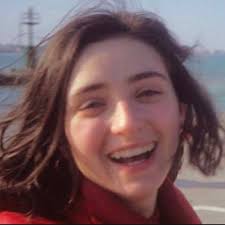 Will this new venerable be the next Bl. Giorgio Frassati,  a patroness for the youth of today, so sadly in need of inspiration.

VENERABLE ALESSANDRA (SANDRA) SABATTINI, a medical student  dedicated all her free time to young people and the poor.

She met (Servant of God) Father Oreste Benzi, founder of the Pope John XXIII Community, when she was 12. She dreamed of becoming part of the medical missions in Africa. On the weekends and in the summer breaks of 1982 and 1983 she tended to drug addicts in the association's rehabilitation centers. She got up each morning to meditate in the church in the dark before the Eucharist and loved to do so on the floor to demonstrate her meek and humble nature; she sung in a choir and learnt the piano..

Sandra later met Guido at a Carnivale event. The two started dating and were later engaged to be married though both decided to lead a chaste engagement. To their delight both wanted to become missionaries in  after getting married but her father, who knew of the couple's dreams, advised his daughter to take things at a slow pace rather than to rush into things.

In late April 1984 the association prepared for their meeting in Igea Marina near . On  the 29  at 9:30am she arrived there with her fiancé and her friend Elio. Just as she got out of the car both she and Elio were struck when another car came past placing her into a coma from which she never recovered. Sandra died less than a week later from her injuries . Her funeral was celebrated on 4 May. She was 23 years old.

In 1985  Father Benzi edited the first edition of her journal and again in 2003 along with notes on her life. Father Benzi once said that "Sandra should not be sought among the dead" alluding to potential exhumation. His musings proved correct for in 2009 (after Father Benzi died) an exhumation took place but no remains were found. This was attributed to the fact that she wished to be buried in bare earth which meant corrosion of the casket was most probable following internment

"Sandra was deep in a clear, intense relationship with God. She lived every moment with profound joy. She relished the entire universe, discovering all its beauty together with Him.
Her life was directed toward the Infinite, Light, Mystery and Love." Father Oreste Benzi