The particular vocation of individual artists decides the arena in which they serve and points as well to the tasks they must assume, the hard work they must endure and the responsibility they must accept. Artists who are conscious of all this know too that they must labor without allowing themselves to be driven by the search for empty glory or the craving for cheap popularity, and still less by the calculation of some possible profit for themselves. There is therefore an ethic, even a “spirituality” of artistic service, which contributes in its way to the life and renewal of a people. It is precisely this to which Cyprian Norwid seems to allude in declaring that “beauty is to enthuse us for work, and work is to raise us up”.  (St. John Paul Letter to Artists, 1999) 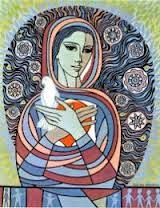 VIRGINIA GAERTNER BRODERICK is one of the most well-known and influential religious artists of the 20th Century. Her artwork has been featured in various publications, exhibits, auctions, and can be seen in churches across America. Along with her husband Robert, Virginia's contributions to the religious community has been incalculable.

Virginia was born in Milwaukee in 1917. She asked to attend Catholic school, even though her family was not Catholic, and was accepted at Holy Angels Academy. 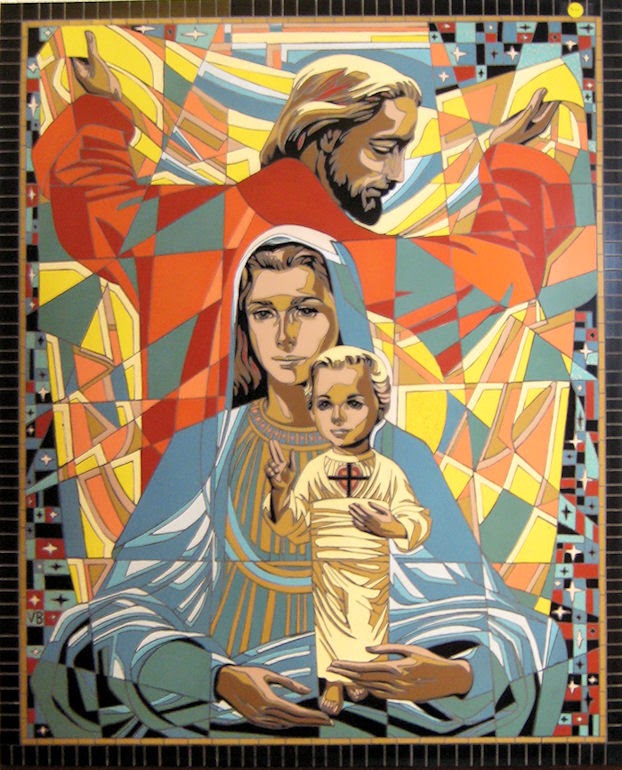 Virginia is one of  the most important Catholic illustrators of the 20th century. Her iconic work illustrated hundreds of books, missals, liturgical guides, prayer books, and devotionals, while her larger works were commissioned for churches all over the world.


Together, the Brodericks created 14 books, most notably their masterwork, “The Catholic Encyclopedia,” for which Virginia completed 150 illustrations. In 1982, the Brodericks were honored with the highest award the papacy bestows upon the laity when they were both inducted into the Equestrian Order of the Holy Sepulcher.

Virgina's style is simple. Yet beneath that simplicity lies  great depth and technical proficiency. She called her approach to art “Cloisonism,” which contains elements of both Impressionism and Cubism, yet which is uniquely her own. “This is the style I am happiest with. It’s a basic use of the elements of art - line, form, color, and chiaroscuro.” 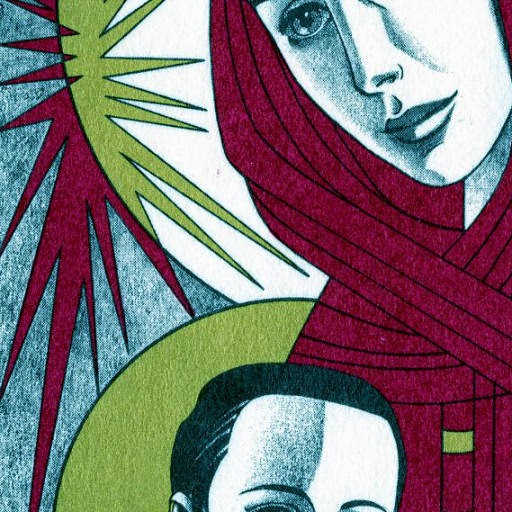 She will be remembered as an artist who captured the ecumenical spirit of Vatican II showing the essential beauty and truth of the Catholic faith. She died in 2004.