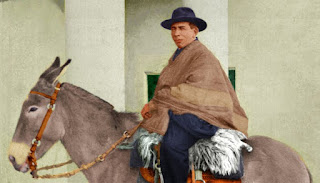 Herein lies the special task which the canonized Saints have to fulfill for the Church. They are the initiators and the creative models of the holiness which happens to be right for, and is the task of, their particular age. They create a new style; they prove that a certain form of life and activity is a really genuine possibility; they show experimentally that one can be a Christian even in ‘this’ way; they make such a type of person believable as a Christian type. 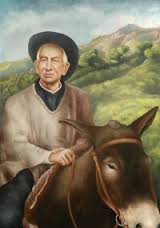 Such is the Argentinian “gaucho priest,” JOSE GABRIEL del ROSARIO  BROCHERO, (See Blog Oct. 2013) known for his ministry to the sick and the dying. He will be canonized October 16 , making him Argentina's first saint.

Also being canonized is ELIZABETH of the TRINITY (see Blog  5/24/16) a French Carmelite nun.  Both saints lived at the same time, one dying young, the other old.