Today at Mass we prayed especially for missionaries, which reminded me of this apostle in the south of our own country. Recently we did a Blog on the foundress of Maryknoll Sisters, Mother Joseph Rogers  (6/7/17) and here is another related founder to the Order.

SERVANT of GOD  THOMAS PRICE, MM, known as The Tarheel Apostle, for his missionary zeal in ,  was born on August 19, 1860, in the eighth child of Alfred & Clarissa Price, both converts to the Catholic faith. He was raised as a devout Catholic in the midst of Southern apathy toward Catholicism.

With his religious background, he felt an attraction to the priesthood.  En route to the seminary by ship, Thomas escaped death in the shipwreck of the Rebecca Clyde. He attributed his survival to the intercession of the Blessed Virgin Mary. After the accident, he returned home until January 1877. He was ordained in 1886. Father Price was the first native North Carolinian to be ordained to the Priesthood and was assigned to missionary work in the eastern section of his home state.

In 1898 he established Nazareth Orphanage. His plan was first to help the underprivileged of an area and thereby win the favor of the general population, who would then be more inclined to listen to the message of Christ. Following the success of the Nazareth Orphanage, he organized summer catechizing teams of seminarians.

In 1902, Father Price opened a missionary training house at . It was a preparatory seminary whose sole purpose was the education and formation of missioners for the home missions. It was called Regina Apostolorum. He acted as its primary teacher and spiritual director. As time went on, Father Price began to emphasize more and more  the need of a seminary for the training of young American men for the foreign missions. 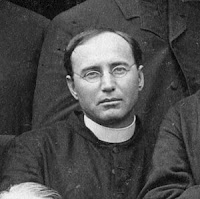 At the same time, Father James Anthony Walsh, of , was developing the same idea. At the Eucharistic Congress in Montreal in 1910, the two priests met and began to formulate plans for the establishment of a seminary for foreign missioners. With the approval of the American hierarchy, the two priests traveled to in June 1911 to receive final approval from Pope St. Pius X for their project.

Property was purchased at Ossining, New York, for the site of the new foundation, the Catholic Foreign Mission Society of America (popularly known as Maryknoll).  Father Price made a countrywide tour of to gain support for the new endeavor. By 1918, three young priests
(James Edward Walsh, Francis Xavier Ford, and Bernard F. Meyer)
were ready for the foreign missions in . On September 7, Father Price went with them as superior to the new mission. From the time of the foundation of Maryknoll, Father Price had understood that Walsh was the one capable of administering and directing the seminary itself, while he himself had always hoped to be chosen as one of Maryknoll's first missioners, and his dream was realized.

This group of first four American missioners in arrived in in October 1918. They then settled down in Yeungkong (now called Yangjiang) on the . Because of his age and its complexity, Father  Price had great difficulty learning the Chinese language and he also  suffered from physical ailments. Towards the latter part of 1919, he became seriously ill. As there were no adequate medical facilities in that area, he was brought to for hospitalization.

After a trying trip, he arrived in the British Colony and was immediately taken to 's Hospital in , an institution conducted by the Sisters of St. Paul de Chartre. The long and arduous journey by primitive means of travel aggravated  advanced and serious case of appendicitis. He was operated on 8 September 1919, but  it was too late and on 12 September, the Feast of the Holy Name of Mary, he died as a result of a burst appendix. His body was buried in the priests’ plot in St. Michael’s Cemetery in , . The date of his death was rather significant, as he had great devotion to Our Lady. He was only 59.

Father Price was known by many for his great love of God, his holiness of life, his devotion to the Blessed Virgin Mary, and his faithful dedication to priestly ministry. 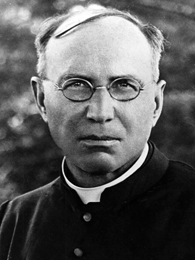