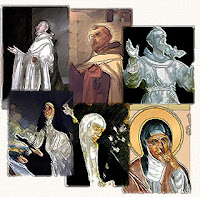 WHAT IS A MYSTIC??   Mysticism is a desire of the human soul towards an intimate union with God  through contemplation and love. A  mystic essentially is anyone who actively and willfully seeks a direct relationship and union with God through contemplative prayer and devotion, such as St. Teresa of Avila and St. Catherine of Siena. A mystic need not be one who receives extraordinary mystical graces such as visions, ecstacies or inner locutions. In other words, a mystic need not receive direct communication from God.

But many of the mystic saints we know are called by God to a special sacrificial union with Him, and have received extraordinary mystical graces from God to strengthen and guide them in their mission within the Church, as they are united with Jesus and Mary in suffering for the conversion of humanity. An example is the newly canonized Padre Pio.

The term often used  is victim souls or suffering servants. They are co-redeemers with Christ and their mission is to lead souls to Him. They are the great lovers of God who offer and give of themselves completely to "fill up what is lacking in the afflictions of Christ on behalf of his Body, which is the Church" (Colossians 1:24)

In the United States we have mystics whose cases are being studied for sanctity, the oldest being SERVANT of GOD MAGIN CATALA one of the Franciscan missionaries who helped found 21 Christian outposts in spots that would later become major West Coast settlements, including Los Angeles and the Bay Area. He is one of the most remarkable mystics in the history of America, ranking  with Venerable Solanus Casey (see Blog Nov. 7) and Blessed Andre Bessette of Montreal.

Of  Spanish birth, Father Magin entered the Order of Friars Minor at the age of sixteen by taking the habit of St. Francis at the monastery of Barcelona on April 4, 1777.

Father Catala, who was deeply devoted to the Blessed Mother, arrived at Monterey, California, in July 1794, and from there traveled to the Santa Clara Mission. He died on November 22, 1830.

Father Magin developed chronic inflammatory rheumatism very soon after he arrived and was afflicted with it throughout his missionary life. It was just one of countless sufferings. He called his locale the "valley of tears," which said something about the spiritual warfare.

He was known for extraordinary charisms, among them was the gift of  prophecy. He had preached that "people from almost all the nations of the earth will come to this coast. Another flag shall come from the East and the people that follow it will speak an altogether different language, and they will take possession of the country and the lands."  Father Magin predicted that a large city would rise on the bay of San Francisco, great houses would be erected, and the people would be at its height, then it would be destroyed by earthquake and fire. He even predicted the hour and manner of his own death.

Father Catala ate only corn gruel and milk in small amounts and on Friday he only drank water with his corncakes. He also fostered devotion to the Precious Blood of Jesus. The little Indian children were so taken by his holiness, they would peep through the keyhole and the cracks in the wall of the front of the Mission Church to watch him pray before the Great Crucifix. At times they were awe-struck when they heard him speak aloud to Jesus Crucified. While walking away they would whisper and say, 'Father is talking to God.'


A more modern mystic ( I love these people who have lived in our own lifetime) is SERVANT of GOD CORA LOUISE EVANS who was born in Midvale, Utah in 1904, and raised in the Church of Jesus Christ of Latter-day Saints. Cora was 19 when she met her future husband. 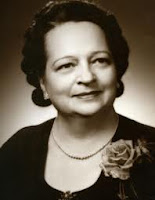 Their first date was to the temple to do baptisms by proxy for the dead. Their temple marriage ceremony on June 4, 1924, when Cora was 20, had her seething inside. She considered Mormonism a sex-oriented, polytheist religion. She realized she had gained a wonderful husband, but resolved to one day find the one true God that would break this false religion. 10 years later became a Catholic.

Interestingly enough it was a radio broadcast she heard on Catholic radio while ill, that touched her soul! Reverend Duane Hunt (the future bishop of Salt Lake) spoke of Mary as the Mother of God and quoted Isaiah in preparation for Christmas, "Therefore the Lord himself will give you this sign: the virgin shall be with child, and bear a son, and shall name him Emmanuel. For a child is born to us, a son is given us; upon his shoulder dominion rest. . . His dominion is vast and forever peaceful."

Cora reported visions of Jesus and the saints and a mission from Jesus to promote the “Mystical Humanity of Christ,” the idea that Christ is always within us and we should behave always as Christ would, said Michael McDevitt, a parishioner at Our Lady of the Pillar in Half Moon Bay (CA), who is the promoter of  her cause of sainthood.

Servant of God Cora's two children, husband Mack, and many family and friends followed her from The Church of Jesus Christ of Latter-day Saints into the Catholic faith. 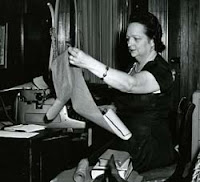 In the first grade, Evans smelled a fragrance and saw a beautiful woman dressed in white. She thought it was an angel. The woman asked Cora to help her give Jesus more love.

The life story of Servant of God Cora Evans, wife and mother, is that of a remarkable mystic who practiced Christian virtues and earned a reputation for holiness. Her gifts of mysticism and stigmata alone could make her a saint, but her writings commissioned by Jesus Himself to convey the things that were made known to her for the good of the Universal Church raise the ante. Her writings introduce the devotion to Christ in His Mystical Humanity, a way of prayer life both ancient and new.

The Mystical Humanity of Christ calls upon the faithful to live with a heightened awareness of the living indwelling presence of the resurrected Christ in their daily lives. It is a daily spiritual communion that draws the individual to Sacramental communion, the Eucharist, with greater frequency. 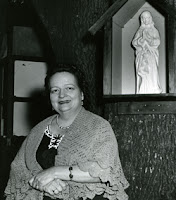 March 2012 the Vatican approved a complete investigation into the cause of sainthood of this former Mormon wife and mother who reported visions of Jesus and a mission to promote “The Mystical Humanity of Christ.”

She died in 1957 in Monterey, California, where Servant of God  Magin Catala started his mission in America 163 years before. 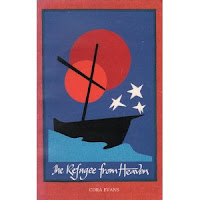 Posted by mother hildegard at 9:29 PM