Since we are still within the season of the Child, today being the feast of the EPIPHANY, we offer the story of this young girl who certainly understood the suffering of Christ and all who were to relate to Him. 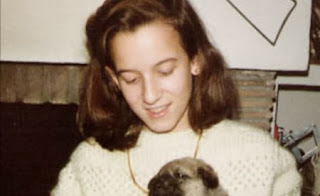 VENERABLE ALEXIA GONZALEZ-BARROS- GONZALEZ  was a Spanish girl who is in the process of beatification. She died at age 14 because of a tumor in the spine. The film by Javier Fesser, Road, released in Spain on October 17 of 2008, was inspired by her life.

The youngest of seven children, Alexia was born in Madrid on March 7, 1971. Her family belonged to Opus Dei . From four years until the onset of her illness, she studied in the school of Jesus Master, of the Society of St. Teresa of Jesus. She made her First Communion in Rome, on May 8, 1979 . The next day, during a papal audience, Alexia received  the sign of the cross and a kiss on the forehead, by Pope John Paul II, which was usual with children who approached him.

On 4 February 1985 , when she was not yet 14 years old, she was diagnosed with a malignant tumor, which soon left her paralyzed. She suffered for four years, suffering prolonged medical treatment and operations over a 10 month period.

Alexia accepted her illness offering her sufferings for the Church, the Pope and others.

"Jesus, I want to get good, I want to heal, but if you do not want, I want what you want", prayed Alexia.

Her various biographers  narrated that her strength, peace and joy were constant throughout the disease as a result of her faith and religious education.

She spent sleepless nights, offering them for others.  It was here that she began to show her fortitude and compliance. She never complained and she obeyed absolutely everything, doing her rehab exercises as she was told, in spite of pain.

At the end Alexia received the sacraments and proclaimed
that she was "happy because I'm going to Heaven", "where I am expecting quiet and infinite peace" .

In no time her reputation for holiness spread spontaneously. In 2011 the documentary “Alexia” opened in Spain. The film includes interviews with family, friends, teachers, doctors and priests that were close to her as well as several experts involved in her process of canonization. The documentary follows her childhood and relationship with her family and classmates, who define her as “a very normal girl that loved life.”

The story is told through the eyes of Hugo, the name she gave to her guardian angel. 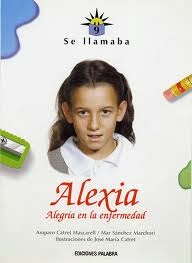