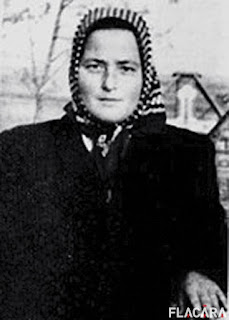 Soon to be Blessed, VERONICA ANTAL  was a Romanian Roman Catholic professed member from the Secular Franciscan Order and member of the Militia Immaculatae. She was known for her strong faith and her love for the Mother of God. She had long desired to enter the religious life as a nun but settled on the Secular Franciscans after the communist regime suppressed convents and monasteries in Romania. Since her death she has been known as both "Saint Veronica" and has also been titled as the "Maria Goretti of " due to the manner of her death similar to that of St. Maria.

Veronica Antal was born on 7 December 1935 in Botești, the first of four children to George and Eva. Her parents spent so much time at work in the fields that her grandmother Zarafina raised her and instructed her in the faith  and it was in her childhood that her devotion to the Blessed Virgin was manifested.

Her schooling was spent in her hometown from age seven where she earned good grades before leaving to join her parents to work in the fields. When she was sixteen that she desired to enter the convent as a Franciscan nun and  to help children.  Her longing never materialized because the communist regime had suppressed all convents and monasteries in Romania.

Instead she joined the Secular Franciscan Order  making a private vow to remain chaste. Veronica walked five miles to the nearest church just so that she could receive the Eucharist. She also joined the Militia Immaculatae that St Maximilian Kolbe founded. Not long before her death she began reading about St Maria Goretti and confided later to two friends that she wished to act much like the saint.

On the evening of 24 August 1958 she returned from her local parish after having just received Confirmation when Pavel Mocanu began to harass her en route home. He made indecent proposals to her and then attacked her in a vain effort to rape her. But Veronica fended him off to the point he stabbed her to death with a knife 42 times.

Her parents grew alarmed that she had not returned home so searched for her. Laborers en route to work discovered her corpse in the middle of a field on  August 26 and discovered one of her rosaries clasped in her hands. Her face was downwards covered in blood with a cross of corn pods on her back. Her funeral was celebrated on 27 August.

Her beatification cause opened in 2003 and she became a Servant of God. Pope Francis confirmed that she died to preserve herself as a virgin against evil which confirmed her beatification (as opposed to needing a miracle).

The beatification will occur in pending formal confirmation of a date and location.

Posted by mother hildegard at 9:33 AM