Another physician is VENERABLE ALESSANDRO NOTTEGAR  a layman and father who founded the Regina Pacis community in . 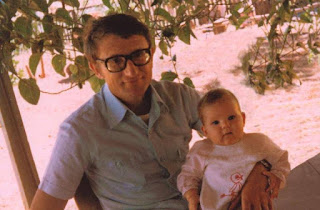 Born in in 1943, he was the last of ten children of a simple but strong Catholic family. After finishing high school, he began studying theology but after discernment, understood that he was not called to religious life or to the priesthood but to the married life.

He enrolled at the Faculty of Medicine of the and in 1971 he married Luisa Scipionato.  They had three daughters: Chiara, Francesca and Miriam. He graduated in 1977,  and the following year  left with his family for a missionary experience in . He was the first doctor to come to the area and the infant mortality was frightening.

Dr. Sandro was not only concerned with the physical health of people, but with their integral well being, aiming to integrate them into society and taking care of the spiritual life. With the arrival of other doctors, at the beginning of the eighties he moved to Rondonia, in the Amazon forest and began working day and night in a leper colony.  "I feel unworthy to serve Christ crucified in sick people, I see in them my father, my mother, my brothers, my children".

In the chapel of the leper colony of the Marcelline sisters, Alessandro and Luisa with their daughters consecrated the whole family to the Madonna. The bishop of Rio Branco called Alessandro to work in a small village in an area where rubber was extracted where there was not  a doctor.

Alessandro taught the people how to prepare some medicines at home. Because of the health of their daughters and their desire to see their grandparents again, the Nottegar family returned to in 1982. After winning a competition, he began working at the analysis laboratory of the San Bonifacio hospital.

He felt the call to sell everything he had to follow the Lord with his family and start a new community, convinced that even spouses are called to holiness. He sold the lands inherited from his father and deposited the money into a checking account in the name of Queen Mary of Peace, named in Medjugorje as the Mother and Queen of the future community. 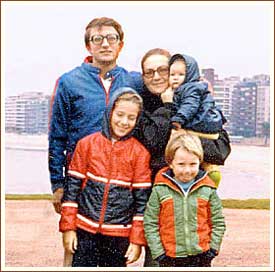 Miraculously, Divine Providence multiplied the money of the Nottegar family seven times, allowing them to buy a large house on the hills of . There, on August 15, 1986, the Regina Pacis Community was born. In September 1986, Alessandro told his daughters, "Daughters, I leave you no inheritance of lands, no apartments, no bank accounts. The inheritance I leave you is the total choice for the Gospel and the possibility of studying until graduation, if you want and deserve it."

A few days later, on September 19, 1986, returning from work at the hospital, Alessandro was stricken with a heart attack. He was only 42 years old. Luisa found herself alone with her three daughters in the new community, started just over a month before. That same night, a young couple, Mario and Rita Granuzzo, decided to go and live with Luisa. The Lord gave her strength and she continued to carry on the work.

At present the Community has about eighty members and is made up of families, lay people, consecrated persons and priests who, by making community life, commit themselves to live the love of Christ in communion and in the service of their brothers, especially the neediest, such as children and seniors alone. It is present in seven communities: in and Grezzana (), (), Feira, and Quixadà () and in Medjugorje (). 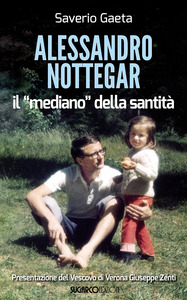 Now, his daughters, all three graduates, with their families, also belong to the community, work and pray in various missionary activities. His wife Luisa is currently on a mission to , where they have opened some of their homes. The center of the Community is the Eucharistic Jesus, Holy Mass, Eucharistic Adoration, personal and communal daily prayer, and living the Gospel.


Posted by mother hildegard at 9:06 AM