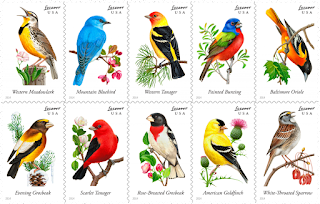 Any newcomers to my Blog, may not know that I am an avid birder.  For about 8 years I also had a 4-H birding group that always cleaned up at our county fair with their research projects.

News of a new study (why does it take modern people so long to figure things out?) shows that natural sounds can help relieve stress.

We all know that  some noises, like TV, the radio, traffic, and even loud  conversations (ever tried to read in an airport when people are yaking on their cell phone?) make it hard to concentrate.  The songs of birds may make it easier. One expert thinks that birdsong relaxes people physically while stimulating them cognitively.  As the body relaxes while the mind becomes alert.

In a children’s hospital in , the  sounds of birdsong carry along the hallways. It’s a recording of the dawn chorus from a nearby park, and the intent is to calm the anxious young patients. This hospital is one of a number of places in where birdsong recordings are used to foster an uplifting and therapeutic experience.

Institutions have begun to put this logic to work. A primary school in played a soundscape of birdsong and other nature sounds after a lunch break, when students would normally be drowsy. This appeared to help them concentrate and become more alert. And birdsong is now used at in , where a lounge plays bird sounds to help travelers relax before flights.

Researchers at the of , the British Trust for Ornithology and the suggests that lower levels of depression, anxiety and stress were associated with the number of birds people could see in the afternoon. It discovered the benefits for mental health of being who were able to see birds, shrubs and trees around the home, whether people lived in urban or more leafy suburban neighborhoods. 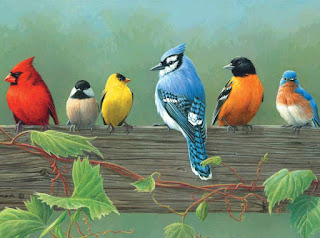 According to the study, visual observation of nature is helpful in lowering the stress and anxiety for human beings. Daniel Cox, said, "This study starts to unpick the role that some key components of nature play for our mental well-being. Birds around the home and nature in general, show great promise in preventative health care, making cities healthier, happier places to live."

Research conducted by Cox found that watching birds makes people feel relaxed and connected to nature which played a vital role in lowering down stress and anxiety levels in a person.

Experts (not birders obviously)  say if you’re feeling stressed out, try playing a bit of birdsong.  Any birder can tell you,  listen to the real thing.

Posted by mother hildegard at 11:27 AM