A CHILD WHO SUFFERED FOR JESUS

Another child recently made venerable is SILVIO DISSEGNA an Italian  child who died from bone cancer.

He was born  in 1967 in Turin  the first of two children to Ottavio Dissegna and Gabriella Martignon. His little brother was Carlo was just a year younger. 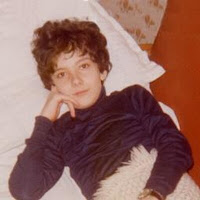 Silvio was a popular child known for his constant smile and deep love for Jesus and His Blessed Mother and was known for being full of life. He wanted to become a school teacher when he was older. His teachers perceived him to be clever in his class and his notebooks were full of descriptions about nature and games as well as his future aspirations.

He developed bone cancer in 1978 just before he turned eleven when he began to suffer terrible and constant pain in his legs. He made several doctor visits who prescribed certain medications to him. But the pain grew more intense over time which led to several tests being performed.

Unlike his parents, he did not despair at the diagnosis but said to his distressed father: "Papa, have courage! Jesus will not abandon us". He said to his mother: "If I die it is not important. I will suffer to the end".

He asked his friends: "Tell Don Luigi to bring me Communion at home every day" (which the priest did). Silvio dedicated his time to reciting rosaries and offering his sufferings for missionaries and the conversion of sinners as well as for the three popes who reigned in his life.

He received his Confirmation in a wheelchair. He had seven hospitalizations in where he went for treatment with his father remaining at his side on these trips. On one such trip the individual in the bed next to him was in pain and began cursing. This upset Silvio who wept at the person's obscenities.

Ottavio sent a touching letter to Pope Paul VI  asking for "a prayer and a blessing for Silvio". Paul VI responded with a letter assuring Ottavio of his support while exhorting the Dissegna's "to trust in divine goodness".

Silvio lost his sight in 1979 following swelling which caused deteriation to the left pupil. A few months after this he lost his hearing.  He suffered large sores across his body after his left leg broke due to the weakening bone.

Venerable Silvio died in his home with a smile on his face in the evening on 24 September 1979. He had received the Anointing of the Sick the morning of his death. His funeral was celebrated in the Poirino parish church on 26 September. Thirty priests and around a thousand people attended his funeral.


Posted by mother hildegard at 9:41 AM