A MODERN HEALER- STIGMATIC IN THE USA

In spite of our country looking like the template of moral decay, more and more Americans are being considered for sainthood. The following man is an example of a seemingly ordinary life, which gives us pause to look around us for the next possible saint.

SERVANT OF GOD IRVING  (FRANCIS) HOULE was born December 27, 1925 at his family home in . His parents were faithful Catholics who raised seven children, six boys and one girl. was the sixth child.

As a young child recalled his family praying the rosary together, especially during Lent. Even then he felt a calling to suffer for Jesus. He recalled that his family would remain after Mass to pray the Stations of the Cross. In addition to Mass, the Station of the Cross and the rosary, in later years the Divine Mercy Chaplet was part of his daily prayer.

At the age of 6, was badly injured when he was thrown from the back of a galloping horse. He suffered a severe chest injury. He was taken to a hospital in , where x-rays revealed broken ribs and a punctured lung. He was also hemorrhaging through the nose and mouth. A local newspaper clipping reported the injuries appeared to be fatal.

had an aunt who was a Franciscan Sister (Sister Speciosa). She and the sisters at the convent prayed an all-night vigil for his recovery. The next morning the doctor at the hospital was amazed to find that had improved significantly and was no longer struggling to breathe. related to his mother and the doctor that a “beautiful man in a white bathrobe” had stood at the foot of his bed during the night and raised his hand over him. Later in life, would tell those close to him that he knows it was Jesus.

He married his wife Gail in 1948, and they were married for 60 years, raising five children. He was an active member of the Knights of Columbus,

On Good Friday, 1993, received the stigmata, at which point his healing ministry began. The wounds first appeared on the palms of his hands and he began to experience physical sufferings. He suffered The Passion every night between midnight and 3:00a.m. for the rest of his earthly life. He understood that these particular hours of the day were times of great sins of the flesh. heard the voice of Jesus asking to heal “my children.” spent the last 16 years of his life doing just that, praying over tens of thousands of people.

Many of the people he encountered have spoken of extraordinary physical and spiritual healing they experienced when prayed over them. He always made it clear that the healing came from God. He would simply say, “I don’t heal anybody” and “Jesus is the one who heals.”

died at in , on Saturday, January 3, 2009. He will be remembered for his love of God, his closeness to Jesus and the Blessed Mother, his love for the Eucharist, the Church, prayer, and his care and concern for others. 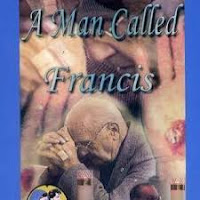 In the life of Irving Houle, we see the extraordinary grace of God at work in an ordinary, simple man who offered his life in love for the Lord and others. Over the years, ’s generous response to simple sufferings disposed his heart to make of his life a generous outpouring of love expressed in prayer and suffering for the conversion of others. The effects of ’s ministry, clearly increased greatly the faith of the people with whom he came into contact, and devotion to him continues to grow more and more everyday throughout the Diocese of Marquette.
---
He was a humble man who never wanted publicity and rarely spoke. He said Jesus never told him to speak but rather to heal His people. Jesus said to him, “I am taking away your hands and giving you mine … touch them.” .


He said that the Blessed Mother had come to him 19 times and during those visits told him that she would bring many people to him and him to many people.

It is estimated that Francis prayed individually over 100,000 people while he was still alive. People  would wait for hours on end to see the elderly man who bore the stigmata and would lay his hands on them. People would be crying and would touch him and kiss his hands.
He is one of the few laymen in the history of the Church who has borne the stigmata.