HOLINESS AMONG THE LAITY

I am constantly telling people who come to visit us that the Church needs more holy lay people. Many seem to think that it is impossible to become holy in today’s world and that only nuns and good priests can be saints. I believe that the Holy Spirit is at work “cleaning house” and for the Church to be renewed, the entire body of Christ  must strive to live the faith devoutly. 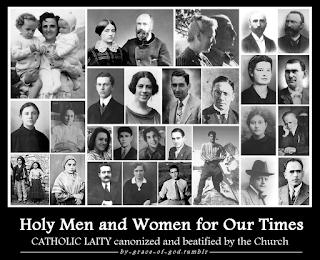 This was the recent message of Father Roger Landry, who works for the Holy See’s Permanent Observer Mission to the United Nations, at the. Eucharistic Assembly at the Sacred in .


“While in history, reforms have been championed by popes, bishops, founders of religious orders and their spiritual sons and daughters, the real reform of the Church happens when lay people assimilate it and live it,” he said.

“The Church is not made of marble, wood, bricks and glass, but of men, women, boys and girls, who build their lives firmly on Christ the cornerstone and Peter the rock on whom Jesus constructed the Church.”

Father Landry spoke of the laity being light to the world, especially in a world darkened so deeply by grief, despair, sin, physical pain, and emotional wounds. Like Christ, the Christian should warm people from the cold and dispel darkness. 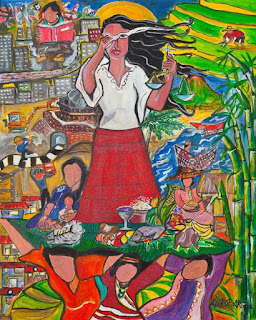 “He has come and mercifully taught us in such a way that we may walk as children of the light and be true children of the light. So the Christian life is supposed to be luminescent, like the lights on a landing strip at an airport on a foggy night that help planes land,” he said.

“Similarly, light gives off warmth, and Christ has come into the world to warm us by his love, to burn away whatever in us is frigid or tepid, so that we in turn may warm others by the fire of divine love.”

The image of light is meaningful because it “speaks not only of the deep involvement and the full participation of the lay faithful in the affairs of the earth, the world and the human community, but also and above all, it tells of the radical newness and unique character of an involvement and participation which has as its purpose the spreading of the Gospel that brings salvation,” he said, quoting St. John Paul II.

Cardinal  Francis Arinze,  former head of the Congregation for Divine Worship and the Discipline of the Sacraments, in his book  "The Layperson's Distinctive Role"  writes:  The essential feature of the layperson’s role is the vocation to bring the spirit of Christ into the arenas of secular life from within, i.e. into the family, work and profession, trade and commerce, politics and government, mass media, science and culture and national and international relations.


"Co-responsibility demands a change in mindset especially concerning the role of lay people in the Church. They should not be regarded as “collaborators” of the clergy, but, rather, as people who are really “co-responsible” for the Church’s being and acting. It is therefore important that a mature and committed laity be consolidated, which can make its own specific contribution to the ecclesial mission with respect for the ministries and tasks that each one has in the life of the Church and always in cordial communion with the bishops."     Pope Benedict XVI (2012)

Posted by mother hildegard at 10:36 AM