The formal process to begin investigations concerning the possible canonization of the late DR. GERTRUDE BARBER as a saint in the Catholic Church is under way. Gertrude Barber, founder of the Barber National Institute, was a renowned educator and woman of faith who dedicated her life to serving children and adults with intellectual disabilities/autism and their families. 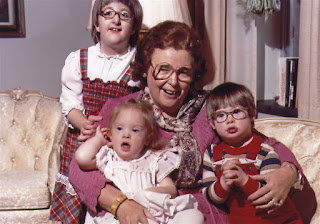 With the opening of her cause, Dr. Barber becomes the first layperson on the list of other Pennsylvanians whose causes for canonization are currently underway. They include Sister Teresa of Jesus Lindenberg, a Carmelite sister from ; our friend, Father Walter Ciszek, a Jesuit priest from ; Father Demetrius Gallitzin, a diocesan priest from Altoona-Johnstown; and Father William Atkinson, an Augustian priest from .

The only native to date to earn the designation of saint within the Catholic Church is St Katharine Drexel, a sister who founded schools for Native American and African American children, who was canonized in 2000. A native, St. Katharine Drexel died in 1955. Additionally, Saint John Neumann, born in what is now the , served as bishop of and was canonized in 1977. Other natives whose causes are opened in other states include Sister Cornelia Connelly, founder of the Society of the Holy Child Jesus and a native of , and Fr. John Anthony Hardon, a Jesuit priest born in in .

Dr. Barber was born in in 1911, the seventh of ten children. When she was seven years old, her father died during the influenza epidemic.
Friends and family encouraged her mother, Kate,  to place her many children in an orphanage. But she was determined to keep them all at home giving them a good education, and instilling  in them the value of serving others which she had shared with her husband. All nine of the surviving Barber children graduated high school, and five earned college degrees.
Gertrude earned her bachelor’s degree in elementary education from , where she continued her education and earned a master’s in psychology and doctorate in educational administration. She finished post-doctoral work at , the of , and .

In 1933, she became a special education teacher for ’s school district. Ten years later, she took the position of home and school visitor for the district, and in 1945 she became the district’s coordinator of special education programs.  As a home and school visitor, part of her job was telling  parents of children with disabilities that their child could not enroll in their local school, and must either be educated at home or sent to faraway institutions.
The experience solidified her convictions to help children with disabilities in a way that kept their families as involved as possible in their lives and education.
In 1952, with a small group of parents, teachers, and volunteers, she opened a classroom for children with disabilities at a local YMCA, and continued to advocate for a more permanent space for her programs. As previously mentioned, this first classroom was the foundation of what is now the Barber National Institute. 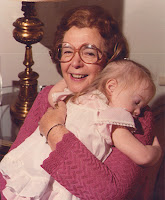 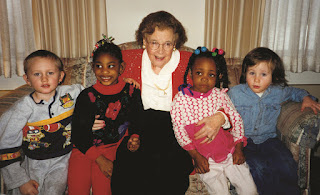 “Dr. Barber served as a model for all of us to become more giving and to see God in one another,” John Barber, nephew of Dr. Barber and president of the Barber National Institute, said at the announcement of the opening of his aunt’s cause for canonization.