A LIFETIME OF READING

Recently I came across a list of the 100 books you must read before you die. It got me thinking of the books which have somehow influenced me over the years, including in my childhood. These lists do not always take into consideration one's passions in life (such as birding), ones vocation (be it religious, married or  the single state), education, or where one is in one's life emotionally, mentally or spiritually. What we loved in our 20s does not hold up in our 60s!  There are certainly hundreds of books that I want to read before I die, but I’m not going to stick to somebody else's idea of what they should be.

One day on a long ferry ride, I decided to try and remember as many of the books as I could. It was a fun exercise, bringing back many memories!  I did not include books of the saints as they would be in the many hundreds. When in Catholic school I devoured every book in the library on the saints ( a passion which has continued in my life). In my list I came up with about 70 fiction and 30 or more non- fiction. Here I give you the fiction.

In my childhood the first books I can remember my mother reading to me were Bambi and a book on St. Joan of Arc.  Both had the same awesome effect. Of course the Wizard of Oz, Alice in Wonderland, The Yearling, and Wind in the Willows topped the list  along with the Chronicals of Narnia and Saint-Exupery's Little Prince.  When I was bit older Betty Smith's A Tree Grows in Brooklyn made it into my life.

My Mother once said I would read in the shower if I could find a way. Throughout High School and College I read voraciously and as you can see my reading  was very eclectic. And while some of the books made the "top 100" lists some did not. I limited my list to books published in the 20th & 21 century, which eliminates a whole range of great literature from  Shakespeare to Jane Austin.

Favorites I could remember were: The Good Earth by Pearl Buck  and all of  John Steinbeck's books, especially The Grapes of Wrath.  To Kill a Mockingbird by Harper Lee,  A Town Like Alice (Nevil Shute), Salinger’s The Catcher in the Rye, and William Golding’s  Lord of the Flies  both of which captivated all youth of my generation.

Cry the Beloved Country (Alan Paton) sent me to S. Africa, James Mitchner’s Hawaii to another paradise I would later live in.  Leon Uris took me to the Holy Land in Exodus and Richard Llewellyn to Wales in How Green Was My Valley (where I later learned my ancestors came from).


As long as I can remember, I have read books with a MAP in front of me so I can follow every city and back road, even one of our favorite mystery authors, Tony Hillerman. This way I have learned about so many parts of the world I never had a chance to visit.

I have always loved mysteries, Agatha Christie and  Sherlock Holmes. And I went through a phase where I read all things Russian, my favorite being Doctor Zhivago ( Boris Pasternik).

There were American classics such as: Death Comes for the Archbishop & My Antonia  (Willa Cather), Hemingway’s  Old Man in the Sea  (I never cared for much of his other works), and George Orwell’s Animal Farm.

The Citadel &  Keys to the Kingdom, by A.J. Cronin and  The Power & the Glory by Graham Green fed on my faith as did The Agony and the Ecstasy (Irving Stone).

I was taking German in school at this time so loved German works esp.  The Magic Mountain by Thomas Mann  and Siddhartha  by Herman Hesse
I never cared much for short stories, but reveled in Flannery  O’Conner's.
By the time I entered religious life my reading habit did not change much, just more contemporary books and certainly more spiritual. C.S.Lewis' wonderful space trilogy: Out of the Silent Planet, Perelandra, That Hideous Strength and  Sigrid Undset 's Kristin Lavransdatter  were favorites. Since our Abbey was of a French foundation, we had a lot of books from that country and some of my favorites were:  Francois Mauriac (He encouraged Elie Wiesel to write about his experiences as a Jew during the Holocaust, and later wrote the foreward to Wiesel's book Night.), among his books are  A Woman of the Pharisees, The Kiss to the Leper and Therese Desqueyroux. Georges Bernanos makes everyone's list with The Diary of a Country Priest. My favorite poet of this same era  in France was Charles Peguy, especially God Speaks and On the Mystery of Hope.

But I also loved Alexander Solzhenitsyn, esp.  Cancer Ward & The Gulag Archipelago.  Chaim Potok's The Chosen & Richard Adam's Watership Down are memorable as  is Madeleine L'Engle's A Wrinkle in Time.

The child in me still quotes Judith Voist's Alexander & the Terrible, Horrible, No Good, Very Bad Day (having been to Australia I  say it can be better!). 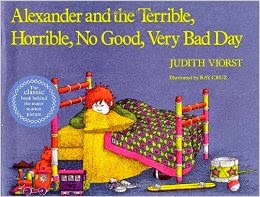 Since moving to Shaw Island  I have added many books to the list- perhaps because my recall is better on books I have read in the past 20 years. Topping that list is The Boys in the Boat  by Daniel James Brown. If you don't read another book in your life, you need to read this!

Less known but still wonderful reading are: The Guernsey Literary and Potato Peel Pie Society by Mary Anne Shaffer, Lydia Cassatt Reading the Morning Paper (by Harriet Scott Chessman’s, our Mother Abbess Lucia's good friend), Mark Salman’s beautiful  Lying Awake, Mark Spragg’s Where Rivers Change Direction, The Sparrow  by Mary Doria Russell ( I am not into science-fiction but this is a treasure).

In the mystery genre we all loved  the Mary Russell (wife of Sherlock Holmes) Series by  Laurie R. King and the Amelia Peabody series by Elizabeth Peters (herself an Egyptologist), and The Number 1 Ladies Detect. Agency  series  by Scotsman  Alexander McCall Smith is a hit with the entire Community.

Certain authors stand out and while I love most of their writing, I choose:  Snow Flower & the Secret Fan  by Lisa See, Gail Tsukiyama’s The Samurai's Garden, The Language of Threads and Women of the Silk. Moloka’i  and Honolulu by  Alan Brennert, Kazuo Ishiguro’s The Remains of the Day, and anything  Adriana Trigiani' writes, especially The Shoemaker’s Wife,  and  the Big Stone Gap Series.

There are some difficult ones too like Jose Saramago”s Blindness, which I read twice.  I chose it for our Island book club and was nearly stoned! Not to everyone's liking!

Famous in Seattle is Nancy Pearl who wrote a series of books called Book Lust listing her must reads.  I gave you mine, now go find your own. There are certainly hundreds of books that I want to read before I die, but I’m not going to stick to somebody else’s idea of what they should be. Follow your heart!

Posted by mother hildegard at 7:10 PM