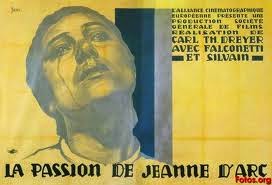 Someone said to me recently, " since you have done some blogs on books, what about MOVIES"?

The Catholic Church and the movie industry have a relationship that goes back almost 100 years, to the beginning of film itself. Beginning with the Legion of Decency, the Church has had an impact in Hollywood that continues to this day, with a priest serving as a member of the appeals board of the Motion Picture Association of America. But the Church does not merely stand apart from film, casting judgment. The Church is frequently the topic of film – for good and for ill.

I made my list and then decided to check some Catholic sites, both here in USA and the Vatican. I was amazed that many of my favorites were on those lists.  So I will divide this into three parts- here are the one's listed in Catholic sites. Many are from another generation but I would encourage movie fans to check them out.

Foreign films that made the list are: The Passion of Joan of Arc (an extraordinary silent film done in 1928), La Strada, Life is Beautiful, Francesco ( the best film ever done on St. Francis), Au Revoir les Infants,
Babette’s Feast, Bakita: From Slave to Saint, and Giuseppi Moscata: Doctor to the Poor (I have shown this film to so many people I have lost count- but always inspiring - acting is great too). 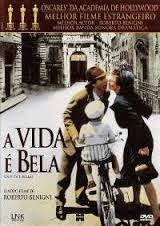 The only musical to make my list  was The Sound of Music.

American classics, not necessarily religious in nature but with a main thread of Christianity: are: Grapes of Wrath, The Quiet Man, The Miracle Worker,

Casablanca ( It’s a pro-marriage, pro-loyalty, pro-sacrifice romance. Victor Lazlo is a classic Christ figure), It’s A Wonderful Life, Chariots of Fire, The Princess Bride,  Shawshank Redemption  (A story of hope and salvation in  Andy Dufresne (Tim Robbins) as an innocent man convicted of murder. He enters the prison as an outsider, and brings hope and salvation to his prison mates by setting an example of charity.

2001: Space Odyessy, Braveheart, Ghandi, and Schindler’s List one of the best films ever made. Oscar Schindler (Liam Neeson) is a model Christian in both his self-giving and role as savior..

Of a religious theme are: The Passion of the Christ, Diary of A Country Priest, Keys of the Kingdom, Hitchcock's I Confess, Boys Town, Molokai, Lilies of the Field, A Man for All Seasons (perhaps the movie we have seen the most over 40+ years and possibly one of the best saint bio-pics ever ). 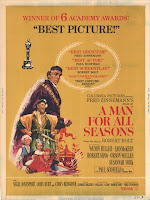 The Scarlet & the Black (one of our favorites with Gregory Peck), The Mission, Ben Hur, Of Gods and Men ( a true story of modern day martyrs), The Nun’s Story, and Come to the Stable. The original story was written by Clair Luce Booth about our Abbey in Ct. but when Hollywood got a hold of it she withdrew her script. The actual story is more fascinating and riveting than this watered down version but it is still a fun movie.

Also on my list were: Heaven Knows Mr. Allison

(Robert Mitchum out of character but wonderful with my favorite Deborah Kerr), Sister Act and Moonstruck- all fun movies that I never tire of seeing.


Posted by mother hildegard at 8:17 AM