I probably could do another ten blogs on movies- it is fun to go through the list...now, what would I like to see again?  The first movie I remember seeing was Bambi which got me  thinking of movies about children, some of which I saw when doing my PhD. I had intended to do a film of animals with children in therapy, so saw many movies about children in those years.And there were some great ones!

What initially struck me in my study of films about children was very few were being made by American directors, and if they were, they did not delve deep into a child's psyche. This has changed in the past years, but I feel the European and other foreign directors led the way.

At the top of the list are (and some of the best are foreign): Forbidden Games (While not initially successful in France, the film was a hit elsewhere winning many awards). The Red Balloon (French), Whistle Down the Wind (UK),and  Miracle of Marcellano (Spanish). A Grand Prize Award winner at the International Cannes Film Festival about a little orphan boy who causes a miracle. Left on the doorstep of a monastery as an infant, Marcelino was raised by the monks. He was well cared for but lonely and missed having a mother. One day he found a special friend in the forbidden attic... hanging on a cross. A friend that would repay Marcelino's kindness by granting him one heart-felt wish .

The Color of Paradise and Children of Heaven (both by Iranian director Majid Majidi), My Life as a Dog (Swedish), and Pan's Labyrinth (Spanish). The latter is  one of my all time favorite movies  showing the indomitable spirit of children crushed by grim reality of cruelty, esp. in war. It is a dark  fairytale containing all of those classic mythical archetypes of  Jung’s collective unconscious, esp. the battle between good and evil.

The Fall from the director Tarsem Singh (who was born in India)  is a visually stunning epic fantasy about a bedridden man who entertains a curious little girl in a remote 1920's hospital  by telling her a fantastical story of exotic heroes and far off places which reflects his state of mind. As the man's health reaches to the point of peril - so does the story he is telling her...with potentially fatal consequences.


The Wizard of Oz and Mary Poppins  and Spielerg's E.T.  are old classics. The Dollmaker, the only movie of Jane Fonda's I ever saw. (It breaks your heart especially when the little girl Cassie dies).

Some more recent movies cannot be overlooked esp. Moonrise Kingdom (really funny) and Beasts of the Southern Wild (In a forgotten but defiant bayou community cut off from the rest of the world by a sprawling levee, a six-year-old girl exists on the brink of orphanhood. Buoyed by her childish optimism and extraordinary imagination, she believes that the natural order is in balance with the universe until a fierce storm changes her reality. It garnered Quvenzhané Wallis an Oscar nomination- she was 7 when she made the movie.

Also we have Little Miss Sunshine, and The Secret Life of Bees. All of the children in these recent movies have "disabilities" of some sort which they overcome thru true grit!

Of course there are the Harry Potter and Lord of the Rings Series- masterworks in their own right! 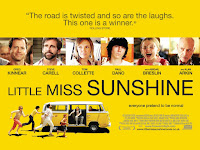 Posted by mother hildegard at 4:37 PM