DETROIT- RISING FROM THE ASHES

We all know the plight of the great city of .  Friends told us that in the past few  years things have been looking up, more building, more repairs, more business moving in, more jobs, but the pandemic has changed this forward movement. At present the city needs all the help it can get  and a possible  intercessor is FATHER  GABRIEL RICHARD, a 19th century priest who wrote 's official city motto: Speramus meliora; resurget cineribus ("We hope for better things; it will arise from the ashes.") 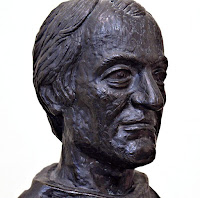 The Basilica of Ste. Anne de Detroit has started the process toward sainthood for  him and a guild that will study the life and materials of Father Richard has started, which hopefully will find sufficient evidence for his cause to be opened.

Archbishop Allen Vigneron has said: "Fr. Richard was a zealous pastor whose missionary heart guided all that he did. At a time when we in the Archdiocese are coming to a renewed awareness of our missionary vocation, I am grateful that we are able to raise up Fr. Richard as a model and inspiration for our mission today."

"It is particularly poignant now, amid the difficulties of the pandemic, to be starting on this journey studying the life of a beloved pastor who died while caring for the sick," said Monsignor Charles Kosanke, current rector of the Basilica of Ste. Anne. "Father Gabriel Richard left an indelible mark on all of , from the life-saving ministries of his parish to the immeasurable contributions of those who have attended and taught at the ." 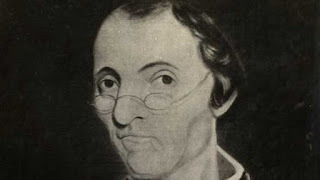 Gabriel Richard was born in La Ville de Saintes, France (1767)  and entered the seminary in Angers in 1784 and was ordained on 15 October 1790. In 1792, he emigrated to Baltimore, Maryland. He taught mathematics at St. Mary's Seminary in Baltimore, until being assigned by Bishop John Carroll  (First Bishop of the US) to do missionary work to the Indians in the Northwest Territory. He was first stationed in what is now Kaskaskia, Illinois, and later in Detroit, Michigan. Fr. Richard was a priest of the Society of Saint-Sulpice.

Fr. Richard organized the shipment of food aid to the city from neighboring farms in order to alleviate a food crisis following the loss of the city's supply of livestock and grain.

Together with Chief Justice Augustus B. Woodward, Father Richard was a co-founder of the Catholepistemiad of Michigania (which would later be renamed the University of Michigan), authorized by the legislature in 1817. He served as its Vice-President from 1817 to 1821. Following the reorganization of the University in 1821, he was appointed to its Board of Trustees and served until his death, while ministering to the sick during a cholera epidemic. Not only a good intercessor for Detroit, but for all of us in this pandemic mess!

Posted by mother hildegard at 9:51 AM