Some interesting statistics, and one wonders why these numbers don’t hold true in our public schools? 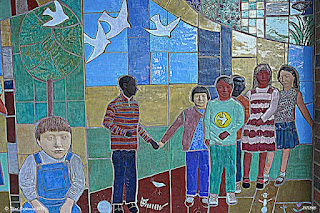 At the National Catholic Educational Association, there’s acute concern about the closures’ consequences.

“Catholic schools have a very profound impact on young people of low-income backgrounds, students of color, kids from single-parent homes,” said the NCEA’s chief innovation officer, Kevin Baxter “That makes it all the more tragic if we lose the Catholic schools that serve those populations.”

When I was doing my PhD, I took a course on suicide in the young given by a brilliant  professor who happened to be Hispanic.  I will never forget his own story, in which he told of being thrown out of public school in the 7th grade. His mother was able to enroll him in a Catholic school nearby, and the nun who taught him made such an impression on him, that many years later he was able to choose the better path, which “saved his life”.

Like many youth in his neighborhood, and perhaps due to their influence, he veered towards the wrong road, doing drugs and generally getting into all kinds of trouble.  When he was 22 he had a major choice to make in how he would live the rest of his life.  The seed that 7th grade nun planted in him gave him the knowledge and courage to choose another path, leading to where he is today. 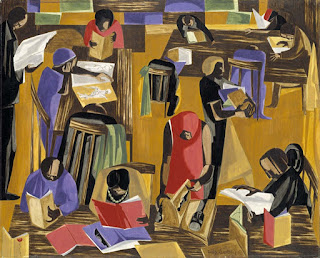 Catholic schools are transforming the lives of thousands of poor black and Hispanic children, many of whom are not Catholic, while often public schools trivialize the curriculum, abandoning their standards in the name of multiculturalism. Catholic educators more often try to remain committed to the ideal that minority children have a real place in the heritage of our country and our Church.

Posted by mother hildegard at 9:33 AM