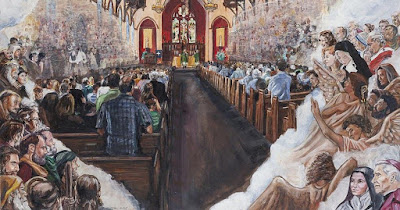 According to the , the number of Catholics worldwide increased by almost 16 million in a year to 1.33 billion.

Fides noted that this was the third successive year that the number of Catholics in had risen.

Fides, the information service of the Pontifical Mission Societies since 1927, presents the statistics annually ahead of World Mission Sunday, which takes place this Sunday, Oct. 18.

The figures also indicated that the number of priests worldwide fell in 2018 to 414,065, with Europe registering the largest decrease, followed by the . Africa, Asia, and all reported higher numbers of priests.

Permanent deacons continued to increase, reaching a total of 47,504, with the biggest rises recorded in and .

The number of young men attending a minor seminary decreased for the third consecutive year, to 100,164. But the number attending major seminaries rose to 115,880.

Posted by mother hildegard at 11:03 AM